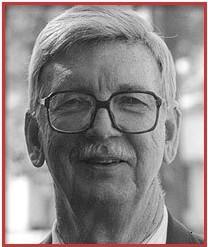 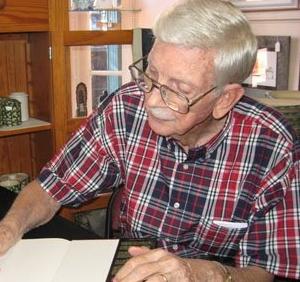 ​Raymond Franklin Page, known as Frank Page (July 16, 1925 - January 9, 2013), was a broadcaster for radio station KWKH in Shreveport, Louisiana, who on October 16, 1954 introduced Elvis Presley to the Louisiana Hayride country music program. Page worked at the radio station for sixty-five years until his retirement in 2005 at the age of eighty. In 1949, he began announcing the Louisiana Hayride. In addition to Presley, Page had an impact on the careers of Nat Stuckey and Jim Reeves, both of whom were also radio announcers at KWKH, and Bob Dylan, who listened to KWKH from his home in Hibbing, Minnesota, and gained ideas for his future musical compositions.

In the broadcasting business, Page was known for courtesy, humility, and willingness to mentor others seeking to enter the entertainment field. Page exerted impact on the early names in Country music: Johnny Cash, Johnny Horton, George Jones, Loretta Lynn, and Hank Williams, Sr. Presley performed "That's Alright Mama" on the radio version of Louisiana Hayride in 1954; a year later, Presley debuted nationally on the television version of the Louisiana Hayride. When they first came to Shreveport, Frank and his wife and childhood sweetheart, Helen, rented an apartment across the street from singer and Governor Jimmie Davis, then in his first term in office in Baton Rouge. The Pages' landlady was Mrs. F. A. Bewley, wife of the owner of a large furniture store in Shreveport. Page and Davis became lifelong friends.

A member of the County Music DJ Hall of Fame, Page was a recipient of the Lifetime Achievement Award of the Louisiana Association of Broadcasters.