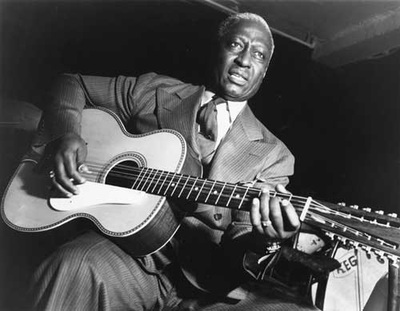 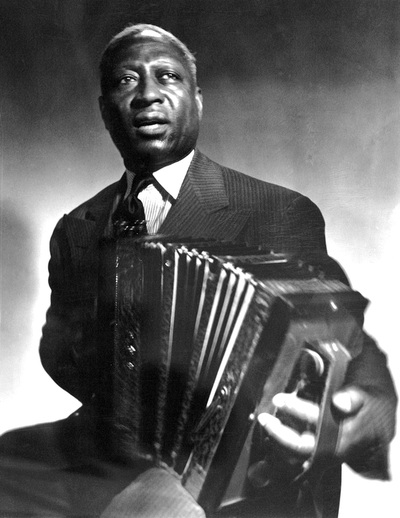 Huddie William Ledbetter was an American folk and blues musician and multi-instrumentalist, notable for his strong vocals, virtuosity on the twelve-string guitar, and the songbook of folk standards he introduced.

He is best known as Lead Belly. Though many releases list him as "Leadbelly", he spelled it "Lead Belly". This is also the usage on his tombstone.

Although Lead Belly most commonly played the twelve-string, he could also play the piano, mandolin, harmonica, violin, and accordion. In some of his recordings, such as in one of his versions of the folk ballad John Hardy, he performs on the accordion instead of the guitar. In other recordings he just sings while clapping his hands or stomping his foot.

The topics of Lead Belly's music covered a wide range of subjects, including gospel, blues about women, liquor, prison life, and racism; and folk songs about cowboys, prison, work, sailors, cattle herding, and dancing. He also wrote songs concerning the newsmakers of the day, such as Franklin D. Roosevelt, Adolf Hitler, Jean Harlow, the Scottsboro Boys, and Howard Hughes.